Lessons from Carillion- the importance of rapidly paying suppliers 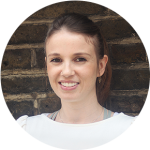 Last month’s collapse of the facilities management and construction services firm Carillion has drawn public attention to the ongoing difficulties many SMEs face due to late payments for completed work.

The scale of the Carillion crisis is unprecedented with an estimated £1bn still owed to more than 30,000 business at the time of Carillon’s collapse. Yet many SMEs will be unsurprised that the current system encouraged so many UK businesses to be placed at such risk, despite few options for recourse when disaster struck.

SMEs currently face difficult choices when working with larger corporate clients. On the one hand, large clients can often provide sustained and lucrative work that can open essential new doors for a growing smaller firm.  Yet the underlying power imbalance between the two firms can leave SMEs unfairly vulnerable to exploitation.

This is particularly true when it comes to getting paid on time. The collapse of Carillion exposed the plight of thousands of SMEs, many of which had been seeking payment for months and were denied the tools needed to successfully challenge Carillion on failing to make payments owed.

This disregard for paying their suppliers can seem baffling considering that prompt payment for completed work remains a fundamental expectation in our society. Yet Carillion failing to meet its commitments did not garner enough attention in the wider community because of a culture of acceptance among some firms for this very damaging practice.

Consistent cashflow is essential for the 5 million UK SMEs who are the lifeblood of the UK’s economy and these businesses should not have to sacrifice further time and money in chasing down payments already owed to them.

The extent of this situation was recently underscored in a survey of more than 500 SMEs by Dun & Bradstreet, which revealed that late payments were jeopardising the future for 58 per cent of the businesses surveyed.

The research also showed that on average SMEs were owed £63,881 in late payments, with 11 per cent owed between £100,000 and £250,000. This withholding of payments brings about cash flow difficulties for 35 per cent, delayed payments to other suppliers for 29 per cent and reduced profit performance for 24 per cent.

In the wake of the Carillion crisis, The British Business Bank announced it would provide an additional £100m of lending to affected small businesses and other banks have also pledged to offer short-term support during this challenging period.

This support was desperately needed by the thousands of SMEs and their employees whose livelihoods have been placed at serious risk by Carillon’s actions. Yet is it enough?  While any assistance is welcome, UK SMEs deserve a solution that truly addresses the vulnerabilities in the system and protects SMEs from unnecessary risk as they drive the country’s economy.

A report this month by the government on its consultation with UK SMEs on ‘Late Payment and ‘Grossly Unfair’ terms and practices’ brought some promising news. The government’s report acknowledged the difficulties that many UK SMEs face in taking disputes regarding late payments, and other violations in contractual terms and practices, to court.  It recommended that this process become more efficient and accessible through increasing the power that representative bodies have to represent SMEs during such disputes.

In Carillion’s case, such rules may have given unpaid SMEs the power to collectively force the issue and publicly reveal the extent of Carillon’s financial problems earlier. Ultimately, however, the biggest driver of change in late payments to SMEs needs to come from a top-down adaptation in culture regarding the importance of paying suppliers as quickly as possible.

Previous Entry A Solution for SMEs to Optimise Cash Holdings: Akoni in an Interview on Fintech Focus TV
Next Entry International Women’s Day- Women in Business