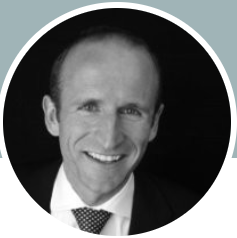 Negative rates continue to dominate the headlines. The latest - the Bank of England (BoE) announcement made earlier this month stating that banks will need six months to prepare for negative rates.

These announcements have been leaving questions for savers wanting to know what will happen to their hard-earned, saved cash. With all these statistics and papers coming out left, right and centre it may be hard to make sense right now on the current economic mood and what that means for savers.

So what does the latest Bank of England announcement mean?

To date, the Bank of England’s main lending rate was held at 0.1%. There have been talks of negative rates for many months now. In October last year, the BoE asked British banks if they were prepared for negative interest rates.

In a letter published earlier this month, Deputy Governor and CEO of the Prudential Regulation Authority (PRA), Sam Woods, said that the engagement to-date between banks, the PRA, and the MPC committee at the Bank of England should not be interpreted as a signal that the setting of a negative Bank Rate is imminent.

The letter suggested that on the banks’ side, a lot of preparation for a negative rate surrounded updating internal systems and technology, and moving priorities.

So what does a negative rate mean for savers right now?

If the Bank of England were to set a negative rate, savers will see the value of their cash decrease in time as banks would not pay out interest, and pay the bank for holding onto their money for them.

Negative rates are there to encourage consumer spending and encourage banks to lend more and hold less money. In theory, it’s an attempt to counter the huge drop in economic growth over the past year.

However, some do not agree that a negative rate is a way forward. Neil MacKinnon, global macro strategist at VTB Capital stated: “There is no need for negative interest rates because they’re bad for savers and bad for banks. We can look at the impact on the Eurozone for proof of this. Once the lockdowns are gradually lifted in response to a successful vaccine programme, fiscal support can pave the way for getting the U.K. recovery back on track”.

For a long time we have spoken about how we need to shift the view to long-term support for savers, and how we should not be scrutinising them, but supporting those who finally have had the chance to save amidst a terrible economic year. Negative rates are out of control, but there are ways to mitigate losses (see below) for individuals who do not want to be punished for not spending the money they have rightly earned and saved.

Long-time observers and experts in the wealth market weighed in with the main consensus that if we were to implement negative rates, then to support long-term economic growth, we need to support a democratised way of giving everyone the tools needed to earn savings.

The desire to hoard cash is a barometer of fear, according to the economist John Maynard Keynes in 1937. In essence, he suggests that if everyone tries to save at one, there will be a fall in economic activity as one person’s spending is another person’s income.

In the Bank of England’s February 2021 Monetary Policy Report, they conceded to the fact that the economic outlook continues to be unusually uncertain and will depend on the evolution of the pandemic and measures to protect public health around the world.

Although the recession is technically over in the UK (as of Q3 2020 as the economy grew once more), there is still a huge gap between how the economy was doing a year before in comparison to where we stand today. In November 2020, the economy was 9.7% smaller than it was before the pandemic.

Despite the doom and gloom of the economic state of the UK, savers are jubilant due to the amount of money they have been able to stash away, and the statistics show it -- deposits in bank accounts increased by £44.6 billion in Q2 2020 according to a parliamentary research briefing published in mid-January of this year.

Plus, it's not just the UK seeing a record amount of cash being saved by individuals, The Financial Times stated that “household savings rates — the proportion of after-tax income that families do not spend — reached record highs across the OECD group of rich countries this year. Restrictions on spending meant that, in aggregate, between roughly a fifth and a quarter of what families earned was not spent in Canada, France, the US, the UK and Germany in the second quarter”.

Yet, analysis by data scrutineer Savings Champion shows that only 176 standard savings accounts - including a dwindling number of interest-paying current accounts - match or beat the CPI inflation rate of 0.70%.

So what action should advisors take right now for their clients following the Bank of England announcement?

You can see more of what we believe is good practice for advisors over at our blog titled ‘The New Year's resolution IFAs should be making in 2021’.

At Akoni, we truly believe that savers should not be scrutinised, and we understand that long-term thinking around the saving economy should be well-thought out amongst the wealth-tech community and vested parties such as the Bank of England and UK financial institutions. Advisors can support their clients with a new, technologically-powered approach that gives them a full-rounded wealth of information on the current climate and what that means for their cash. Savers should be encouraged to continue with such a healthy financial habit, and not punished. It is an interesting time economically, and only time will tell over the next six months on which way the tide will turn for negative rates, and in turn, savers.

So, why should you choose Akoni to help you with your client’s cash decisions?

1) Safe and secure with FSCS protection

All deposits are held with each bank providing protection of up to £85,000 per bank, or up to £1 million for Temporary High balances.

With the option to spread cash across several providers on the Akoni Cash Management Platform, you can diversify risk, and increase the chances of positive returns.

In a climate of economic uncertainty, and with interest rates being cut across many providers, it’s not easy to find decent interest rates in a simple way. With Akoni, you can find competitive interest rates to suit your client’s specific needs.

4) Quicker, and hassle-free - no form filling

Akoni Hub provides a hassle-free cash management experience - your clients can onboard and open an account online with no fuss. Clients will only need to complete one AML/KYC process, can switch between providers, and manage their account on the Akoni Cash Management Platform in just a few clicks.

You have the flexibility to create a platform that works for you and your clients. Add your branding to showcase who you are through a sleek, professional cash management platform designed with you in mind.

Find out more about Akoni: Akoni is an award-winning UK cash platform, which provides a marketplace to financial advisors and wealth managers through a bespoke white-label offering, or off-the-shelf offering. Akoni uses innovative technology to personalise cash planning solutions for clients, and also provides a full API solution to banks and insurance clients.