What the hung parliament means for business 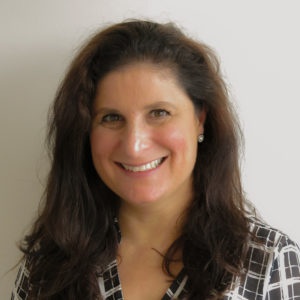 The political arena has sprung a series of significant surprises on us in recent months, including the vote for Brexit, David Cameron's speedy resignation and replacement by Theresa May as PM, and Donald Trump being elected in America.

And now - at a time when the Conservatives seemed unbeatable - Mrs May held a snap General Election with the intention of boosting the Tory majority, and instead has ended up with a minority and coalition talks with the DUP.

The bad news is that a hung Parliament leads to uncertainty for all.

Impact of a hung Parliament

Because of the hung Parliament, the Brexit negotiations that were due to start on 19 June have now been delayed. The Queen's Speech has also been delayed. And the value of pound is still volatile (this links to last week's article, Pound down, inflation up).

At the time of writing, Mrs May has reshuffled her cabinet and said she has no intention of resigning. But there is speculation that she will be forced to step down and/or we'll be voting in another General Election within a year.

All this upheaval and uncertainty seems to weaken the British position in the eyes of the rest of the world. It's hard for other countries to see us as 'strong and stable' as we'd like to be.

Various organisations have been 'taking the temperature' of the business world, to see how UK industry leaders are responding to the uncertainty. Below, we examine some of the results.

What the surveys say

The Institute of Directors surveyed 700 members and found a 'dramatic drop' in confidence following the hung Parliament, and huge concern over political uncertainty and its impact on the UK economy.

As a priority, the respondents wanted the UK to reach agreement with the EU on transitional arrangements for Brexit, and to clarify the impact on EU workers in the UK.

Stephen Martin, Director General of the IoD, said: “It is hard to overstate what a dramatic impact the current political uncertainty is having on business leaders, and the consequences could – if not addressed immediately – be disastrous for the UK economy."

The Harvard Kennedy School of Business surveyed more than 50 medium-sized businesses and trade association. Their key concerns were:

'Almost all' expressed a preference for remaining in the single market and customs union. All the companies questioned were concerned about potentially rising costs from tariffs and customs controls while many were worried about the UK leaving the EU without a deal at all.

Peter Sands, former boss of investment bank Standard Chartered, told the BBC: "When it comes down to it, most would prefer to be in the single market - that makes it easier for them to do business, and if they can't get that they want a free trade agreement or something as close to the single market as possible."

The Resolution Foundation surveyed over 500 employers who employ EU/EEA nationals, and identified a huge gap between the kind of immigration system employers expect and what the new government is planning.

Nearly a third (30%) expect freedom of movement to be maintained for EU/EEA nationals moving to the UK with a job offer, while 17% expect no change to the current system.

The PM has ruled out either option, stating that her government – rather than employer demand for workers – will control migrant numbers. However, this may change now that a softer Brexit is being proposed post-election.

The Foundation warned that lower migration, along with a higher minimum wage and a tightening jobs market, could mean the end of cheap labour for many UK firms.

There's still some way to go, but the good news is that Parliament is more diverse than ever. The BBC breakdown shows (out of a total of 650 newly elected MPs):

There will be more on diversity in a future article.

What can SMEs do?

The way things are going, there's no way of predicting how the situation will play out over the long-term. In fact, it's currently changing on a daily basis. In the short-term, SMEs will no doubt attempt to carry on business as usual. Here are some tips:

For the vast majority of companies in the business communities we visit, Brexit feels far away and far off — what matters are the high upfront cost of doing business, poor broadband, the inability to recruit successfully for vacancies or transport gridlock. Different regions may also have their own view. In many parts of England, upcoming elections for new city/regional mayors whose powers matter to local business success could overshadow anything that happens in the national polls.

In the British tradition, let's all try to keep calm and carry on. The UK must be seen to remain open for business, with a government committed to supporting enterprise. This means a clear timetable and ongoing pressure via industry bodies and associations for value add.

Posted in News and commentary

Previous Entry Pound down, inflation up. What does this mean for SMEs?
Next Entry Newsflash: Are interest rates set to rise?