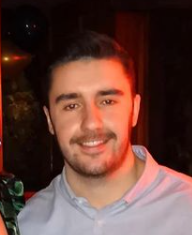 Power of attorney clients carry a heavy burden. They’re in charge of making big financial decisions, potentially for a very close friend or family member. Important decisions that could impact the rest of the beneficiary’s life.

Typically, you, their trusted adviser, are their first port of call when it comes to making weighty calls about their own finances. You’ll most likely be their first phone call now they’re in charge of someone else’s affairs.

But when the call arrives, where do you start? You don’t know the beneficiary or anything about their financial situation.

When this happened to an adviser called James, the answer became clear within minutes of the conversation.

One morning, James received a panicked phone call from a long-term client. She’d recently been appointed an attorney for her uncle who’d sold his house for £340,000 and moved into a care home.

The niece (James’s client) was in charge of managing the proceeds of the property, which were sitting in a solicitor’s account earning no interest.

Not only was the money sat doing nothing, it was all in one account, which meant only £85,000 of the total amount was protected under the FSCS scheme.

James told his client she had two things to worry about. The depreciation of the funds and the lack of protection.

His solution was Akoni, the cash management platform, which uses Open Banking technology to allow easy and fast access to competitive savings rates from 20 different banks and building societies.

James suggested Akoni because it provided a home for the uncle’s funds while the niece was able to spread the money across multiple banking partners to maximise FSCS protection.

The Akoni dashboard meant she was able to easily manage and track the funds but the money was held in her uncle’s name. And there was no burdensome paperwork. All she had to do was complete one application.

She was also able to seamlessly book market-leading rates so that the annual average rate on the portfolio was 1.80%, bringing in a yearly return of £6,205.

Why does cash matter

While this story reveals the clear benefits of using a cash management platform, it also shows why managing cash should always be top priority for all your power of attorney clients.

Yes, there may be complicated investments to deal with or a portfolio of properties that needs selling, but ensuring the beneficiary’s cash is safeguarded and earning as much interest as possible shouldn’t be underestimated.

Because cash will be their lifeline.

A lasting power of attorney is typically appointed when someone loses mental capacity and can no longer make decisions for themselves. They often have medical bills to cover or nursing home fees to pay.

And in today’s rising interest rate environment, there’s plenty of competition among providers.

In fact, some of the newer, challenger banks and building societies are paying pretty decent rates. For example, you can now earn more than 2% on two-year fixed term deposits from providers on the Akoni platform. That’s compared to the measly 0.01% on offer from some high street providers.

If Akoni sounds like the right solution to view and manage client cash, set up an account now. It’s easy to do and takes minutes.

Alternatively, why not have your own branded cash and savings platform for your business with our white label offering? Whatever the size of your firm, we can roll this out at no extra cost.